The Most Infamous Lip Sync Incidents in Pop History

Among the most embarrassing things any music artist can experience while performing is getting caught lip-syncing. After all, being a singer requires skill, and there are also certain expectations that audiences have when it comes to their favorite performers. Some artists can pull it off with a degree of aplomb, while others simply bomb. We have seen many examples of incredibly terrible lip-syncing incidents throughout the years, but here we have ten of the most memorable ones.

There’s no denying that Whitney Houston deserves credit for being one of music’s most powerful performers. However, even someone like her has off-days where they need to rely on pre-recorded songs and lip-syncing. We’re giving this one an early mention because even though the singer did not perform it live, Houston certainly delivered a fantastic show. In fact, her version of the U.S. national anthem would climb up the top 10 of Billboard’s Hot 11 as a single!

New Kids on the Block – All Performances (Allegedly) 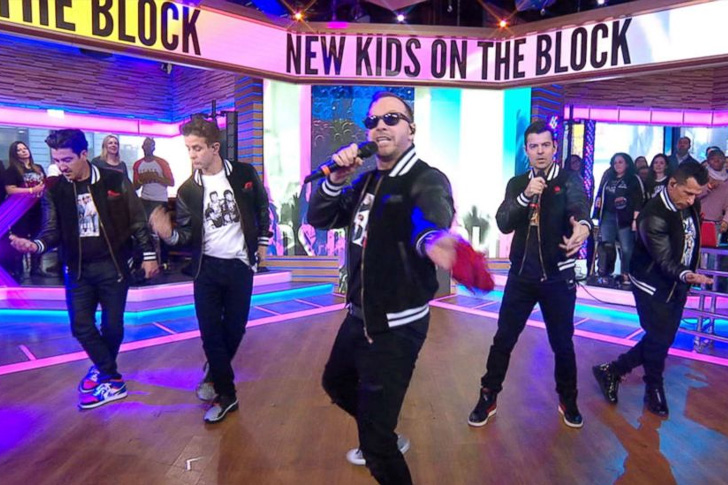 Back in the 90s, the act of lip-syncing was a much bigger issue than it is now. Any artists caught doing it risk getting stripped of their reputation and losing their careers. It was undoubtedly headline-worthy for a really popular group like New Kids on the Block to get accused of such. Gregory McPherson, the group’s former associate producer, alleged that they only did a fraction of their record vocals. The situation led to lawyers and a $75 million lawsuit. The court later cleared the group of the accusations, but it certainly made a dent in their reputation.

Getting to perform during the Super Bowl is a major achievement for any artist. Not only will this allow them to show off their prowess to millions of viewers, but artists also treat it as a badge of honor within the industry. So when the NFL gave the band Red Hot Chili Peppers a chance to perform, they were willing to make the necessary investments. Including “faking” some of the performance. While they performed their vocals live, they did not actually plug their instruments in, and they were playing along to a backing track. Fans were disappointed, but the band was able to recover from it.

There’s no questioning the power of Beyoncé’s vocals, and she almost always performs live. However, during this special event, Queen B had no choice but to lip-sync for her performance. The reason behind it? Beyoncé clarified that she simply didn’t want to take a degree of risk because showrunners did not give her a chance to rehearse with the orchestra before getting on stage. Many understood her choice, considering the importance of the event. Besides, she has proved time and again that she has the vocal chops.

It’s no secret that the Pop Princess often lip syncs, considering the difficulty of the choreography for her songs. Fans are well aware of this. Now, while all those times she had lip-synced to her own vocal track, there is one incident that stands out from the rest. During a Planet Hollywood performance, Spears allegedly lip-synced to her song “Perfume,” but using Sia’s vocals. Fortunately, no attorneys were involved in the incident, and Spears only suffered minor embarrassment.

Overall, lip-syncing is more common among singers than you think. Even industry greats do it. So, the next time you’re watching a live performance, try and look closer. Is it really live, or are you simply watching a very talented lip syncer? Either way, it’s all good as long as you enjoy the show.